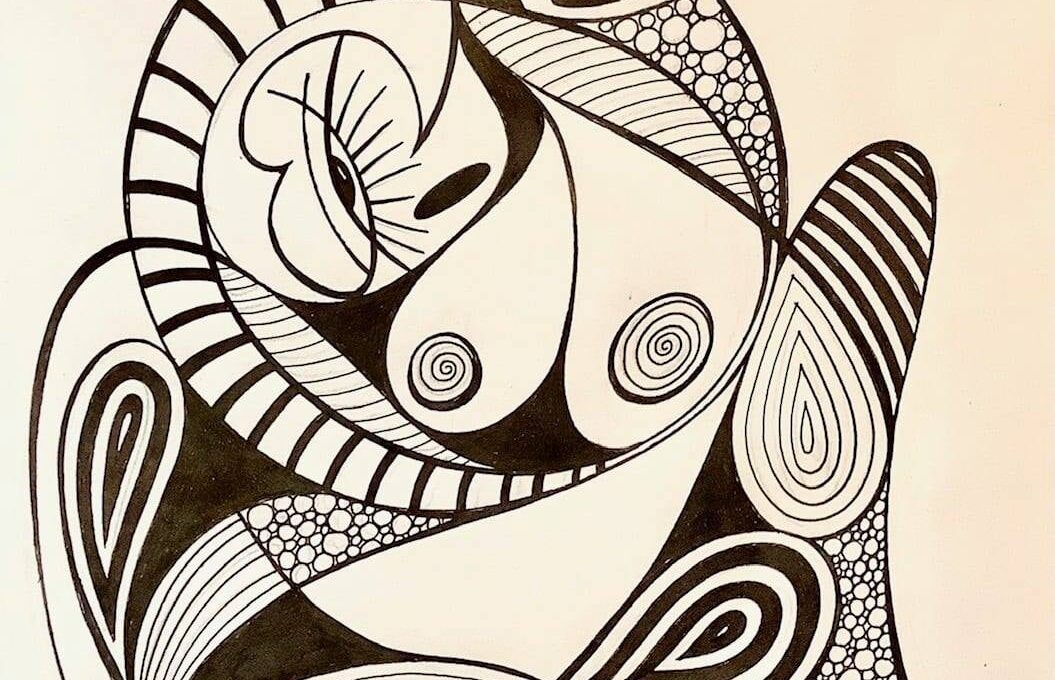 It was my first time to drive into the English countryside. I was both excited to experience a little nature, as well as experience Georgie’s artwork in person.  Needless to say, I was enamored by both! I soon discovered that she studied art and 3D design at Ravensbourne College Bromley during the early 1980s. Her passion in life drawing led her to an interest in cartooning and was mentored by Ron Mitchell, the lead cartoonist with the Mirror and Express Newspaper Group. It was Mitchell who encouraged her to develop her own unique style of figurative art which ultimately caught the eye of Skin 2, Scarlett, Desire, G.Scene, Forum and other periodicals. It was no surprise that she was asked to produce all the artwork for the UK tour of the theatrical musical production, Hedwig and the Angry Inch.

It was at this moment that I only not asked if she had any desire to exhibit at the art facility, but if she would be interested in creating the facility’s logo. I was delighted when she agreed to do both. Without any guidance or input, Georgie created a logo featuring nonbinary figures interlocked in an embrace. The play of black and white colors with a splash of red was inviting and joyful. It was absolute perfection!